A free-fall Schalke at the national tournament and on the eve of deciding his future in the Champions League is Werder Bremen’s rival this Friday, March 8, in the opening match of the twenty-fifth round of the German Championship in its 2018 / 2019. Starting at 4:30 p.m., the meeting will be held at the Weserstadion in Bremen.In a very rare situation compared to previous seasons, the Bundesliga title remains open with ten days to go. The tournament takes the top four places for the 2019/2020 edition of the Champions League and leads fifth and sixth place for the Europa League. The relegation is reserved for the last two of the 18 participants. Who finishes in the sixteenth position also runs risk, but has the chance to escape disputing a kills with the third place of the Second Division.

Werder Bremen remain unbeaten after the resumption of the tournament after the winter break between the first and second rounds. He has not lost eight matches, including a World Cup clash. The sequence, however, has more equalities (six) than wins (two).The most recent, the third followed by 1 to 1, was won on Sunday, March 3, against Wolfsburg, at the rival’s home. He led the Bremen team to 33 points (eight wins, nine draws and seven losses). Rank tenth in the leaderboard. They are six points behind Bayer Leverkusen, who finishes in the sixth place the block of teams that would have right to place in international tournaments next season.As principal, the performance numbers of Werder Bremen are somewhat lower. Of the 36 points that played in his stadium, he won 17 (four wins, five draws and three losses) having scored 17 goals and suffered 18.For the meeting on Friday, the doubts due to injury are due to defender Sebastian Langkamp (14 matches in the 2018/2019 edition of the German Championship, no goal); and strikers Martin Harnik (13 games, three goals) and Yuya Osako (14 games, three goals). 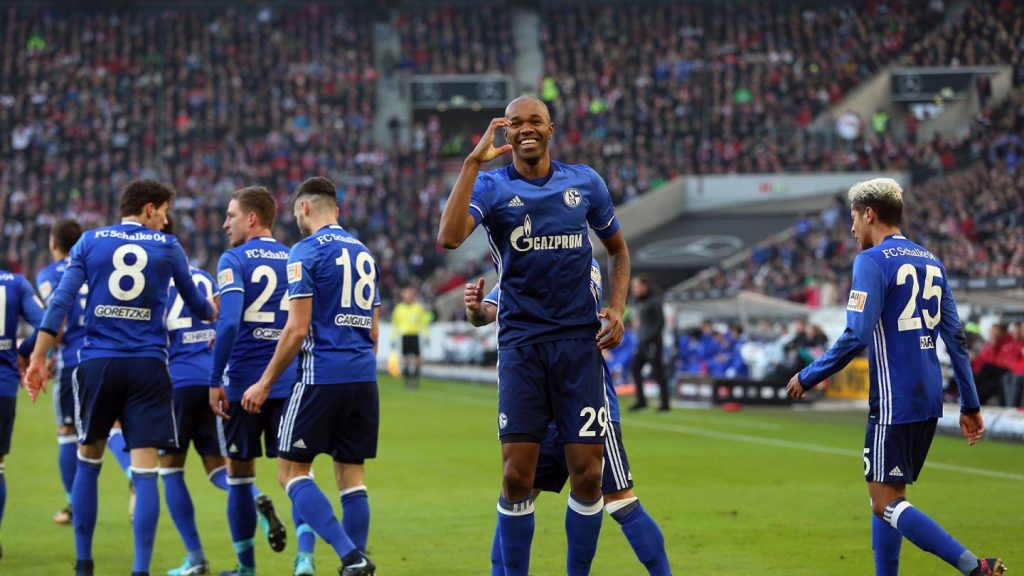 Schalke was humiliated by Fortuna Dusseldorf on Saturday, March 2. At home, it took 4 of 0 of the rival in the confrontation for the twenty-fourth round of the German Championship extending to five (four losses and a tie) its fast of victories.The most recent success was not even for the Bundesliga, but for the German Cup. It was just against Dusseldorf, who eliminated them scoring 4-1 and securing a place in the semifinals, when they will face Werder Bremen, their rival on Friday. The meeting is scheduled for April 3 in Gelsenkirchen.The cups have been the lifeline of a disastrous season for Schalke, who was German runner-up in 2017/2018. After going through the first phase of the Champions League, the team will fight for survival in the tournament in the return round of the Round of 16 next Tuesday, March 12 against Manchester City in England. In the home game, was defeated by 3 to 2.In the German Championship, their only battle is against relegation. With 23 points (six wins, five draws and 13 losses), he occupies the fourteenth place. It has four points of advantage in comparison with Stuttgart, sixteenth place and first team in Z3.Your visitor performance is slightly better. It’s the thirteenth in this respect. Of the 36 points that played away from their dominions, they won ten (two wins, four draws and six losses) having scored 12 goals and conceded 16.
For the meeting this Friday, the midfielder Suat Serdar (19 matches in the 2018/2019 German League, no goal) has no playing conditions. He’s suspended. Casualties may increase depending on the position of the medical department in relation to defender Bastian Oczipka (12 games, one goal); and socks Weston McKennie (17 games, one goal) and Alessandro Schopf (15 games, one goal), who are in the process of injury recovery.

History of the matches Werder Bremen vs Schalke

Werder Bremen led the way in their last two matches against Schalke. The most recent of them was for the first round of the German Championship 2018/2019 edition and finished with a score of 2 to 0.

Football Prediction of the Day Werder Bremen vs Schalke

Werder Bremen must face a much more concerned Schalke not to lose to avoid approaching teams from the relegation zone than to win. Thus, the prognosis in equality for the meeting that opens this Friday the twenty-fifth round of the German Championship version 2018/2019 appears as a better guess.