Parma vs Frosinone Tips – The odds for the hosts’ victory increased rapidly from 1.60 to 1.90 and this seems pretty strange to me. However, Frosinone comes from Serie B, and Parma has a good season in Serie A. That’s why I don’t understand these quota moves, but I will try to take advantage of them.

◾️The moment form is inconsistent because in the last 5 matches it has 2 draws, 2 defeats and one victory.
◾️On his own field he played a little better because in the last 5 games he has 3 wins and 2 defeats.
◾️He did well on the offensive side because in each of the 3 home victories mentioned above he scored at least 2 goals.
◾️In the championship he is doing very well and he will have no problems with relegation this season and therefore I think he will try to give everything in the cup. 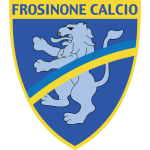 ◾️The form of the moment is good because in the last 5 matches he has 3 victories, a defeat and an equal result.
◾️On the move but has big problems, in the last 5 games having 2 defeats and 3 draws.
◾️He seems to have rather big problems in defense because he receives a goal almost every game on foreign court.
◾️In the B Series he has big problems, because the promotable places are far enough and I think they do not want a season too long in the cup.

Football Prediction of the Day Parma vs Frosinone

I think there is a big difference between the two groups and Parma is a great favorite in my opinion to be imposed.
Chair if Frosinone seems to be in better shape, most of the good results he got on his own ground.
He has not managed to win in the last 5 matches and we have to take into account the fact that he plays in Serie B.
On the other side Parma is doing well, especially on his own ground where he has 3 wins in the last 5 games.
It should be noted that he managed to prevail against Rome and Turin recently and that says a lot about the value of the team.
Frosinone must focus on the championship, in order to try to promote, in exchange Parma will not have any emotions about relegation and allows himself to take the cup very seriously.
Given these things, I think there are high chances that Parma will either lead to the break or the end.