It comes to an end this Saturday, August 1, the 2019/2020 season. The final point will be placed with the decision of the Portuguese Cup.
Benfica and Porto will decide the title at the Efapel stadium, in Coimbra. The forecast is for the ball to start rolling at 4:45 pm (Brasília time).
In the event of a tie, the regulation establishes an extension of 30 minutes and a penalty shootout as options to indicate the winner.
Held since 1922, then called the Championship of Portugal, the competition has Benfica as the greatest trophy collector.
There were 26 victories on the 36 occasions when he reached the right to dispute the final. Porto reached the decision on 30 occasions.
He took the cup home in 16 of them.

Benfica will dispute the title with an interim coach. Nelson Veríssimo will be in charge of the team.
He took over after Bruno Lage asked for the cap at the moment when he realized that he would not be able to lead the team to win the Portuguese Championship’s second title.
Jorge Jesus, ex-Flamengo, was hired for the position.
With Veríssimo, Benfica did not lose. There were four wins and a draw in the final stretch of the First League.
The team got the runner-up. He concluded the dispute with 77 points (24 wins, five draws and five losses).
Five less than the champion, for whom he lost in the two matches played throughout the season, both under the direction of Bruno Lage.
In the Portuguese Cup, he made his debut in the third stage, scoring Cova de Piedade 4 to 0.
Then, he overcame Vizela (2 to 1), Braga (2 to 1), Rio Ave (3 to 2) and Famalicão (3 2 at home and 1 to 1 away, in the semifinals, the only stage where there are round trip games).

In the last round of the Portuguese Championship, Porto had an unbeaten streak of eight matches (seven wins and one draw) that secured the title.
He was beaten by Braga, by 2 to 1, of turn.
Thus, he concluded his participation with 82 points (26 wins, four draws and four losses).
The final reaction was able to erase a season that seemed destined to go down in history as one of the club’s worst.
It started with the elimination in the fight for a place in the group stage of the Champions, went through the failure in the Portuguese League Cup and the fall still in the group stage of the Europa League.
All this meant that the dismissal of coach Sergio Conceicão at the end of the season was taken for granted.
Now, there are indications that he should remain in office.
In the Portuguese Cup, Porto started with a 5-0 defeat at Coimbrões.
Then, Vitória de Setúbal (4 to 0), Santa Clara (1 to 0), Varzim (2 to 1) and Académico Vizeu were knocked down in the semifinals with a 1-1 draw (away) and victory by 3 to 0 (home).

Football Prediction of the Day Benfica vs Porto

Although Porto was superior in the two meetings in the Portuguese Championship, Benfica needs more victory due to avoid having their season classified as disastrous.
Thus, the prognosis in the match in the final of the 2019/2020 edition of the Portuguese Cup is the best guess for this Saturday’s match. 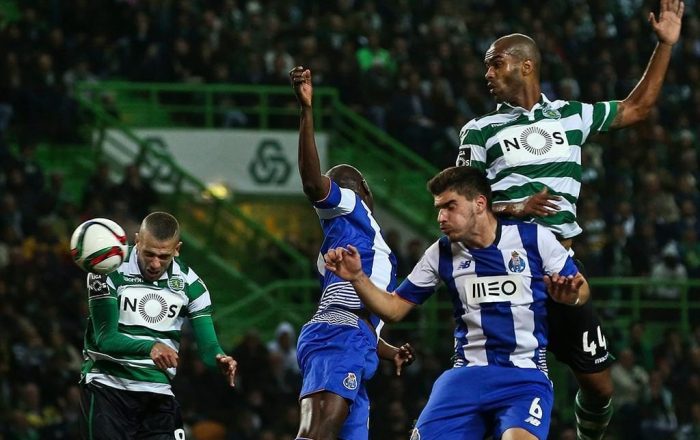